We sat down with Jenny Southan, editor, founder and CEO of Globetrender, the UK’s leading travel trend forecasting agency and online magazine dedicated to the future of travel to discuss what the dawn of the metaverse means for travellers and the industry at large. 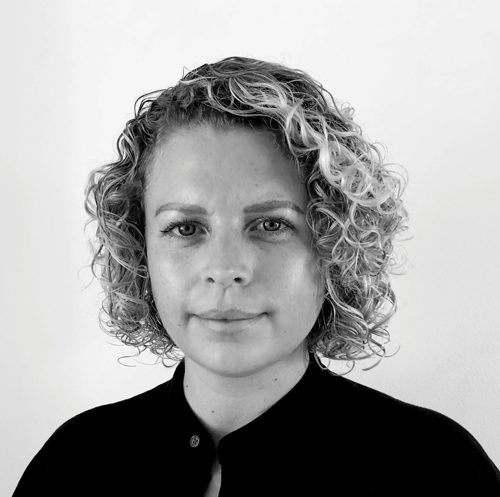 Jenny is also the author of premium newsletter VOLT, which explores emerging travel trends in depth on a weekly basis.

Here's what Jenny had to say...

Analysts from Bloomberg Intelligence project that the metaverse market size could reach $800 billion by 2024. How will the arrival of the metaverse affect the travel industry?

For years people have been debating whether virtual reality will replace the desire - and even need - for travel. Computer games, of course, provide escapism and video calls via Airbnb Online Experiences now allow us to take live cocktail-making classes, for example, with people all around the world but neither of these formats replace travel. The metaverse will complement real-world trips, and could be used in interesting ways such as giving people the chance to experience a place virtually before they book.

I predict that savvy hotel brands for example will start building virtual versions of themselves in the metaverse for ‘meta-tourists’ to check into. Their digital avatars could explore the accommodation and amenities via 3D tours for a firsthand experience that will provide a whole new level of transparency for holidaymakers. It also has potential to bring back the personalised travel agent-experience via immersive browsing, booking and payments, allowing customers to ask questions, make special requests and pay in a more convenient way – all from a safe and familiar environment. This ‘almost-human’ connection will also allow for better customer service during and after their trip.

"I predict that savvy hotel brands for example will start building virtual versions of themselves in the metaverse for ‘meta-tourists’ to check into."

We are already seeing digital twin technology used in travel to provide travellers with an inside look at a holiday destination or accommodation before committing to a trip, with the likes of Horizon Yachts embracing digital twins to show guests what travel could look like in the future.

Going forward, we expect there to be a great many creative blendings of the real world and metaverse - for example, perhaps you will be able to earn air miles in the metaverse that you can then redeem on a real flight (or vice versa).

Any examples as to how the industry is preparing for the rise of the 'phygital' world?

“I recently wrote about a ‘shoppable’ penthouse hotel suite that was recently unveiled at the Il Sereno in Lake Como, Italy, where everything in the room is available for sale online at a dedicated shop. It doesn’t take much to imagine this being translated to the metaverse, where you are ‘walking around’ a virtual hotel or shop and buying pieces that either only exist in the metaverse (people will have their own virtual homes and offices to furnish) or that they have delivered to their real-life abode.

“Middle Eastern airline Emirates is another example of a company embracing phygital. Last autumn it unveiled a VR app for the Oculus headset giving curious travellers the chance to explore the airline’s first class suites, lounge and showers. In the future, people will also be able to book tickets from inside the VR cabin.

“We are already seeing fashion brands such as Balenciaga and Ralph Lauren selling apparel or ‘skins’ that only exist in the meta-world such as Fortnite and Roblox, typically purchases with in-game currency such as V-Bucks and Robux but with a real-world value. In so doing, it is creating a whole new bread of consumers - and commodities. That said, the travel industry is more traditional and less innovative when it comes to embracing this kind of change so the transition will be slower than you think.”

Who stands to benefit most from travel and the metaverse?

“Number one - Mark Zuckerberg. He’s betting so big on this that he is literally making, shaping and defining our future. Secondly, innovative brands and companies that are quick to create products and virtual experiences that are available to sell because the metaverse is ripe for money-making opportunities. Integrating crypto payments will be another huge step as until now, there hasn’t been very much to spend bitcoin, for example, on - it’s mainly being traded. Finally, advertisers. There will be so much scope to promote real-world products, trips, airlines and hotels in the virtual space - with the ability to have ‘click to book’ built in.”

Does the metaverse offer an opportunity for travel businesses to gain an edge over competitors?

“Definitely - particularly when it comes to attracting Gen Z, which is largely still ignored by travel companies in favour of Millennials and Boomers. These young people are often highly entrepreneurial, will soon have a lot of disposable income, and are well-versed in engaging and interacting in virtual environments.

"I expect it won’t be long until we see virtual Soho House clubs where members can congregate for VIP networking events, Hilton will have virtual hotels for hook-ups and hang-outs, and Black Tomato will take you on virtual adventures with real-life explorers."

“It won’t be long until every company needs to have a metaverse equivalent of themselves. I expect it won’t be long until we see virtual Soho House clubs where members can congregate for VIP networking events, Hilton will have virtual hotels for hook-ups and hang-outs, and Black Tomato will take you on virtual adventures with real-life explorers. There is no limit to what’s possible.

Of course, there will be companies such as Monocle magazine, which has proudly never used social media and appears to be flourishing, but on the whole there is a risk of being left behind.

Tokens.com recently purchased a virtual plot of land in the Decentraland metaverse platform for $2.4 million worth of cryptocurrency. Should we all be investing in holiday homes in the metaverse now?

“Maybe! But if you really want a holiday home, buying a real-world property will probably bring you more joy.”

With sustainability an ongoing priority for us all, does the metaverse offer a neat alternative to the issue – or will it create more problems than it solves?

“I don’t think many people will choose to vacation in the metaverse instead of flying somewhere real. If anything, it will allow future generations to visit places such as the Maldives that have since become submerged by the sea due to rising sea levels. Perhaps it will act as an incredible digital archive of a lost world…”

The metaverse is on its way. But it’s not here yet. Its full realisation is at least another decade away. For luxury hospitality brands, this is what it is so exciting. There is still time to shape the metaverse’s development in a way that elevates and enriches incredible hospitality experiences.

Virtual travel will never replace real life travel. You would be mad to seek a virtual trip to the Maldives over the real thing. But that’s not to say that digital metaverse experiences overlaid with real life moments won’t be revolutionary. Think virtual tours of your room before you go. Revolutionised hotel operations. Virtual tours of your hotel as it was in the 1920s. The possibilities are literally endless.

More than anything brands need to think about their so-called “entry into the metaverse” strategically and tactically. The risk of gimmick is rife, with the reputational damage of getting it wrong pretty fear-inducing. Think hard about how metaverse innovation aligns with your overarching brand identity and what the added value is to the end consumer. Walking through virtual worlds is nothing new so shouldn’t be treated as such.

To discuss how we partner with companies to provide strategic brand, design and tech services, please get in touch via hello@matterofform.com to arrange a time to speak with our team of consultants.

We are a 60-person Luxury Brand and Digital Agency with soul. We help timeless brands design what’s next. STRATEGY + DESIGN + TECH

The Rise of NFTs in Retail