World NGO Day: The act of AI on NGO's

Artificial Intelligence has proliferated in recent years, helping sift through a data explosion

It creeps into our lives in more tangible ways than ever before - whether we like it or not.

The optimisation and efficiency AI promises has been difficult to ignore, not least by the third sector and NGOs. As humanitarian needs grow with the number of displaced people in the world higher than ever before and the effects of climate change proving irreversible, we are in need of big solutions.

In light of World NGO Day on Wednesday 27th February, Matter Of Form assesses the role of artificial intelligence in NGOs, as well as spotlighting the swamp of controversy, misunderstanding and complexity that surrounds its implementation.

From locating missing people to preventing mass extinction, AI based-tech has a lesser-known list of potential benefits to the third sector.

NGO’s work by definition is often reactive and difficult to scale. AI offers a new approach to the way in which frontline relief organisations predict, anticipate and better target response efforts. Drones are now deployed with powerful AI capabilities (particularly in relation to image classification and object detection) to navigate complex terrain in search and rescue missions. Following the horror of an avalanche, for example, mountain rescue organisations claim search times are reduced by up to 50% when conducted with a drone. 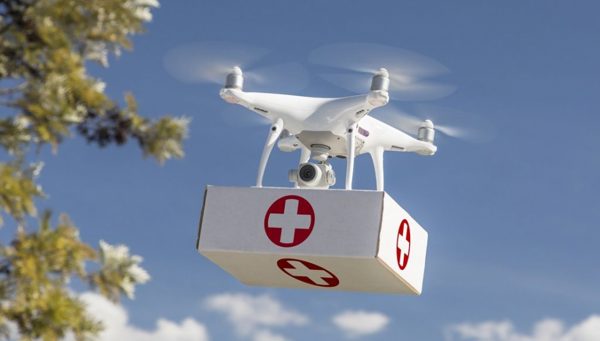 AI tools offer solutions to the worryingly depleted rainforest. Using microphones from old smartphones and AI to distinguish chainsaw noises from wildlife noises, Rainforest Connection alerts the authorities to illegal logging in the rainforest. Today, according to Rainforest Connection’s website, the system monitors 26,000 hectares of forest, has gathered 4,629 days worth of data and has helped to sequester more than 6.5m metric tonnes of CO2 — equal to taking 1.3m cars off the road. Rainforest Connection cofounder, Topher White, envisions big data encompassing all aspects of biological research:

“Imagine if you could make ecology into a big-data problem – like how the sounds of birds change if a jaguar walks through.”

Data science boosts efficiency for NGOs that trawl through huge data sets. As part of a recent $40million programme to explore how AI can bolster NGOs, Microsoft partnered with data science company, Gramener. The joint NGO venture aims to battle human-caused extinction by tracking the migration pattern of thousands of animals as well as their individual molecular make-up. In some cases, a human can probably perform a task with greater accuracy than a trained machine-learning model can. But the speed of ‘good enough’ automated systems can enable meaningful scale efficiencies.

One could feasibly apply machine learning to data on social and environmental contexts to identify where the most pressing needs were at any given time. AI could help to answer those ethically impossible questions; who to save first? Who should control aid distribution? Where to relocate people whose homes have been destroyed?

If we are able to use AI to determine the most rational allocation of philanthropic resources, can we not take things one step further and simply automate the process of making donations?

It is here a shroud of controversy begins to envelop AI...

While total automation of aid seems unlikely, AI algorithms assert the superiority of knowledge elsewhere and impose a predetermined future on people at the periphery - in its crudest form, a mechanism of control. There are vast swathes of people who are unable to contribute to the debate but most certainly have their personal data recorded.

Given we already live in a world where access to data and technology resides in the hands of a select, unyielding few, it is difficult to predict whether AI systems will improve inclusivity or entrench the disparity.

Moreover, AI’s application is only as good as the data used to train the AI system. If the data is incomplete or shaped by historical bias, results will be correspondingly incomplete and biased. An AI-powered recruiting tool used by one tech company was abandoned recently after several years of trials. It appeared to show systematic bias against women, which resulted from patterns in training data from years of hiring history. A lesson quickly learnt.

So, how can charities use technology to improve accessibility, so that access to digital NGO services gets more equal over time?

The answer is to use inequalities as the motivating purpose of third sector digital strategy and not as a qualifying afterthought. NGOs should be innovators - leading the way in leveraging technology to reduce inequalities in outcomes.

For example, some NGOs envision incubatory environments where AI solutions are developed locally to cater for local needs. WeRobotics aims to localize appropriate AI and robotic solutions in low income countries, thus accelerating the positive, sustained impact of aid and health efforts. The firm has established regional Flying Labs to incubate local businesses that provide drone services -- a sustainable model that involves all stakeholders of the NGO ecosystem.

“Your [NGOs’] overall outlook shouldn’t be apologetic, in the sense that you’re only trying to mitigate the downsides of technology. Your outlook should be confident, because technology — if you use it right — can help you double down on your original charitable mission.” says James Plunkett -- Executive Director of Advice & Advocacy at Citizens Advice, one of the UK’s largest non-profit organisations.

Typically NGOs have been left somewhat absent from the great artificial intelligence debate — a worry given AI’s increasingly dominant role in society and simultaneous proliferation of humanitarian needs. This is beginning to change as a whole swathe of organisations reap the benefits of data science, machine learning and automation.

Using AI in a development-driven context could supercharge the capacities of the social change sector. Specifically, it has the potential to lower costs, improve quality of aid, and broaden the impact of organizations. While that potential is impressive, turning it into reality on the scale it deserves will require collaboration, accessibility and accountability.

Reading the headlines, it can be easy to think that AI and humans do not mix well. From robots taking our jobs to an all-knowing intelligence killing us all.

Despite these all-consuming fears, NGO collaboration with AI engenders technological change with social purpose at its very core. As we enter the fourth industrial revolution, we must think about how we can maximise the potential of human and machine collaboration for the benefit of society and environment.

Matter Of Form did just that over an intense 24 hour Hackathon for UNICEF. Our creative and digital partnerships with institutions such as GANHRI and World Economic Forum initiative, Grow Africa, underpin MOF’s defining goal to make change effective.

“By ensuring technology fulfils its promise to address the broadest societal needs, we can empower everyone to achieve more,” Brad Smith, President of Microsoft.

A Conversation with Klarna's Dan Spencer

Exploring the Future of Learning